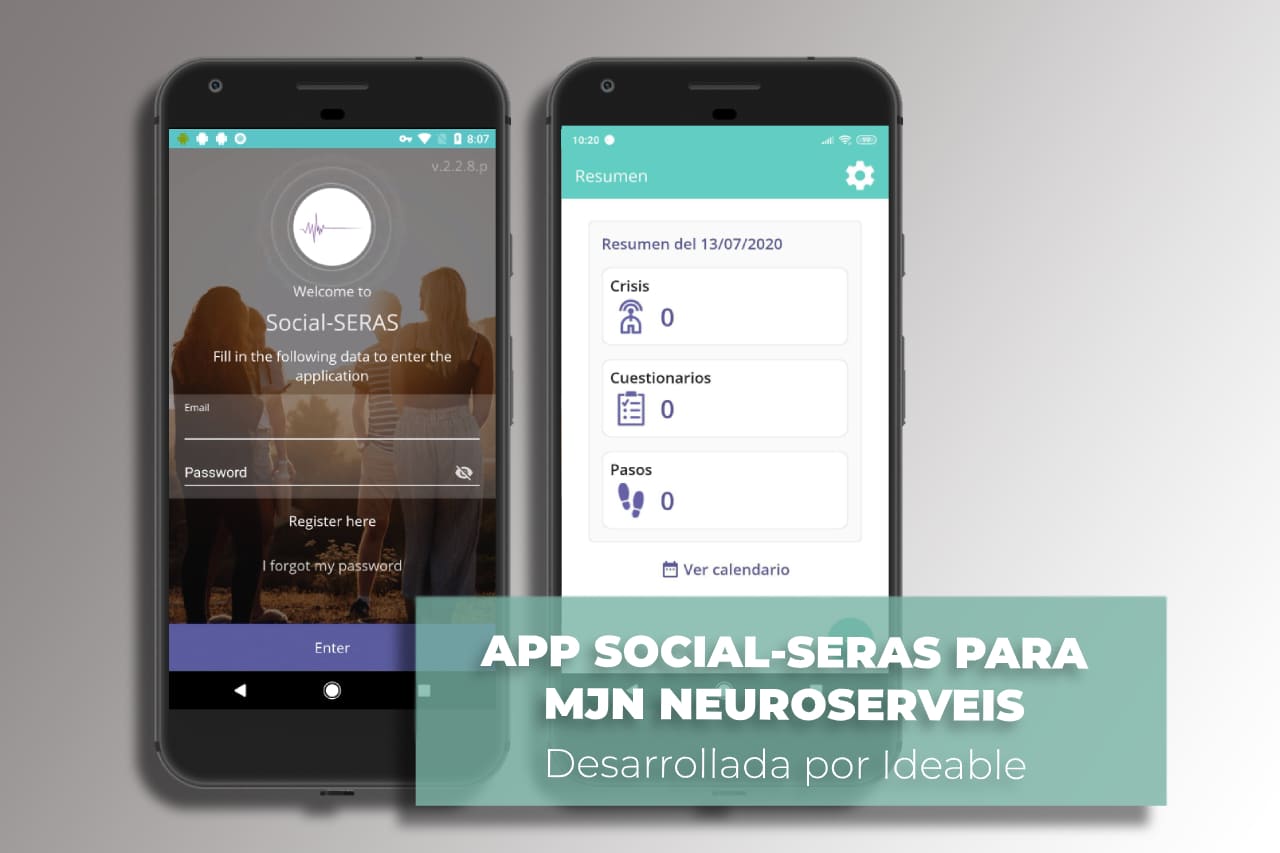 It has been a year since the team of MJN Neuroserveis contacted Ideable to continue developing their epilepsy detection app. A leading project that has been supported by the European Horizon 2020 programme, and has also received the seal of excellence from the European Commission. It has been selected by the LAB Tech4Health acceleration platform, and it will participate in the EIT Health’s Bridgehead Europe 2020 programme for the internationalization of the project at a European level. In addition, its device is already CE certified for commercialization throughout Europe.

The project in this case consists of a device shaped like an earphone that is placed in the ear, analyzes brain activity and warns users through the app about the risk of epileptic seizures. Its aim is to remove the uncertainty of patients and their families, and to improve their quality of life on a day-to-day basis.

This is where the team contacts us to help them develop a whole base of social and health knowledge in the app which, through Big Data techniques, will be used to make better predictions and have a more global vision of the disease.

At Ideable, we were asked to collaborate on Social-Seras, its epilepsy detection app, adding all the data capture functionalities of the project for subsequent analysis.

Therefore, we worked on the inclusion of several functionalities in the MJN application, aimed at collecting data on the patient’s health and physical activity, which will be used for subsequent Big Data analysis aimed at improving seizure predictions.

Some of the functionalities added to the Social-Seras application are the following:

● Crisis calendar: a historic is created with the episodes detected by the device, and also those manually included by the patient with the consequent level of the attack (low, medium, high)

● Confirmation with the user of alerts detected by device to verify the registration. After some time, a notification is sent to the patient to confirm that the crisis has actually occurred.

● Questionnaires are included to find out about the user’s daily life in aspects such as their health, activity, medication adherence and about the patient’s emotional state. The app will launch the questions with a frequency to be defined by the user (mornings and evenings, for instance) in order to have a wide range of data to work with later. The app will be able to work even on the mobile phones of users who do not have their device with them, to help them in this case to better manage their pathology.

● Basic data such as age, location or gender will be included.

● Family members and/or caregivers are an essential part of the user’s environment, so they have their own profile, which will receive periodic alerts about the user’s condition.

● Environmental data collection from external sources. We are talking about environmental temperature, relative humidity or atmospheric pressure and their possible incidence in epileptic seizures.

Thanks to all the gathered information, and through advanced Big Data techniques, it is intended to contribute to the creation of a solid knowledge base to help in the detection and prevention of epileptic seizures, and thus improve the quality of life of people suffering from this disease.

Ideable is a reference at a European level in the eHealth and elderly care sector with projects such as Kwido and we would like to thank MJN for choosing us as a health technology provider to participate in an innovative and disruptive project at a global level.

Epilepsy is a brain disease characterized by abnormal electrical activity that causes seizures or unusual behavior and sensations, and sometimes loss of consciousness, which has neurological, cognitive, psychological, and social consequences.epilepsy is one of the most common chronic neurological diseases. The Spanish Society of Neurology (SEN) estimates that around 400,000 people in Spain suffer from epilepsy, although around 600,000 will suffer from the disease in their lifetime.

If you are interested in knowing more about this solution, or other Ideable projects for health apps, you can write to us using the form below