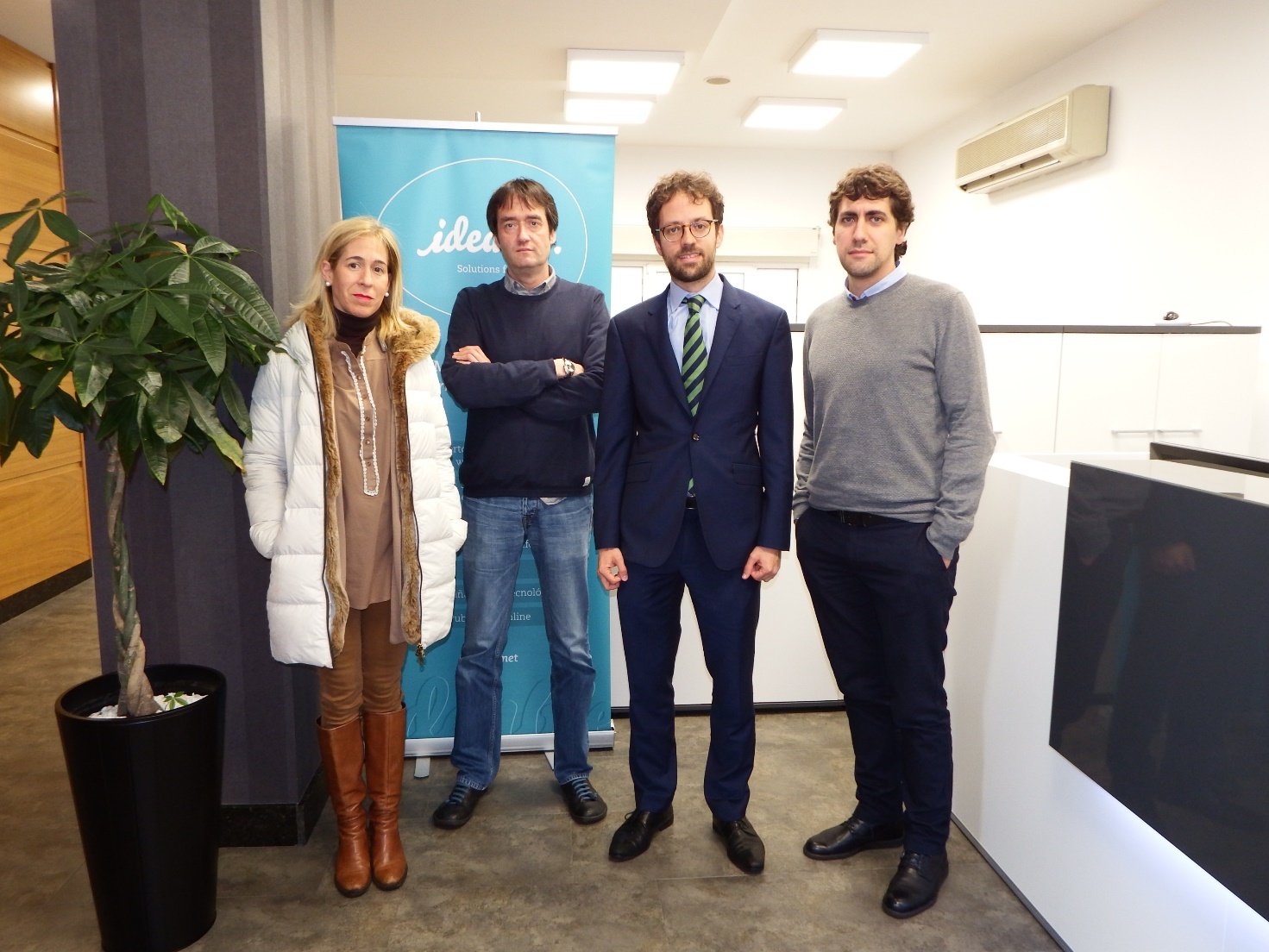 Last Wednesday, 11 April, a delegation from the United Kingdom Consulate in Bilbao visited the new Ideable facilities in Barakaldo. The delegation was headed by the recently appointed Honorary Consul in Bilbao, Mr Nick Greenwood, who was accompanied by Maria Fitzpatrick, Trade and Investment adviser and Consular attaché.

Nick Greenwood, the young economist at the head of the British diplomatic delegation in Bilbao, has an extensive professional background. He previously worked as a senior consultant at Analistas Financieros Internacionales, financial attaché at the British Embassy in Madrid and was Public Policy Adviser at Banco Santander. Before working in Spain, he worked for nearly 6 years at the British Treasury and in the United Kingdom’s Ministry of Health. He also has extensive experience in financial regulations and policies, as well as in analysis and consultancy on macroeconomics.

The delegation was received by Iñaki Bartolomé, Ideable’s CEO and Gonzalo Pérez, an Ideable partner. During the visit, they were shown the new Ideable facilities in Barakaldo, where the design and software development work is carried out, and we had the opportunity to explain how the applications in the cloud and mobile apps are created. The visit ended with a meeting to present both the activity that the Consulate carries out in the promotion of bilateral trade relationships and Ideable’s capabilities.

This meeting was happened a month after their meeting with Juan Mari Aburto, the Mayor of Bilbao, where in addition to considering the possible consequences that could arise from the entry into force of Brexit, both parties undertook to continue maintaining current relationships between them.

The visit of the new British Consul gave us a great opportunity as it coincided with the completion of the deployment of the Kwido platform in the Basque Country, in which the Consul showed his interest, as well as in Ideable’s other developments in terms of mobility and on digital transformation. This is an aspect in which both the British Government and the Basque Government have a very special interest and in which Ideable is also now clearly positioned.

Visits at this level provide us with great encouragement and motivate us to continue doing our work in the best way that we know how.